We are pleased to announce the following keynote speakers: 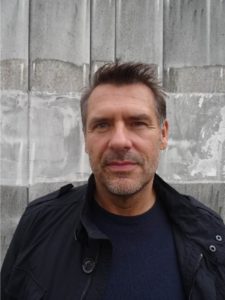 Markus Knauff is Professor of Experimental Psychology and Cognitive Science at the University of Giessen. His research focuses two topics, human rationality and spatial cognition. The rationality research focuses on how humans achieve rational conclusions, explanations, beliefs, and decisions. He also conducts research on how people revise existing beliefs in the face of contradicting evidence. In spatial cognition research, Knauff investigates how spatial knowledge is represented in memory and how people retrieve, revise, and use it for spatial problem solving and wayfinding. Within both research lines, he is interested in the epistemic role of visual mental imagery and multimodal spatial representations. In his research Knauff, combines cognitive experiments, computer simulations to model mental processes, and neuroimaging to understand the underlying brain structures and processes. From 2011 to 2018 he was speaker of the DFG-funded Priority Program New Framework of Rationality, in which about 50 psychologists, logicians, philosopher, and computer scientists collaborated to understand the very nature of human rationality (www.SPP1516.de). Knauff’s most recent publications include: Space to Reason: A Spatial Theory of Human Thought (2013), and The Handbook of Rationality (in press, together with the Philosopher W. Spohn), both with MIT Press.

The epistemic role of mental visualization has always been a matter of controversy. In this talk, I will present my cognitive research on the role of visualization in human rationality. The starting point will be that the many cognitive scientists believe that visual mental images are generally functional in cognition and thus should have positive effects on human reasoning. Visualization is considered to be a good thing by most scholars. In my talk, I instead argue that this is not always true. In fact, visual images can detract people from the relevant information and thus impede their reasoning. Based on this claim, I propose a spatial theory of human reasoning that solely relies on spatial representations and processes. My core idea is to draw clearly a contrast between visual images and spatial representations in reasoning and to show that only spatial representations are critical for rational reasoning. Although the approach does not rely on visual images, it explains why we often have the feeling that we think with our “mind’s eye”. The theory is corroborated by cognitive experiments, functional brain imaging, and computational modeling. I will close with some general thoughts on the role of visualization for human rationality.

Slides: The transcript of his keynote is available through the proceedings. 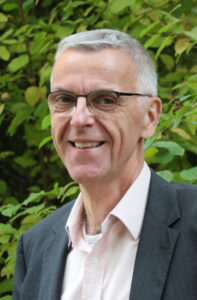 Dr. Seeger is a Professor for Database Systems at the University of Marburg. He has been a pioneer in spatial and temporal database technology for more than 25 years. More recently, he has extended his research focus to stream and complex event processing. His recent research is on the unification of event-processing systems and time-series database systems. Currently, he is also working on the development on information systems to support explorative workflows in data-intensive scientific applications like biodiversity.

An event stream consists of continuously arriving events each with a timestamp and payload that obey a given schema (e.g. relational or RDF). Pattern matching is one of the most important operators in event stream processing systems. Its most common version returns all event subsequences matching a regular expression of symbols within a given time window. More advanced features of event pattern matching are variables that keep an intermediate state of the processing. In this talk, we will introduce the basic ideas of event pattern matching, discuss recent achievements, and identify new challenging questions that might also be of interest for researchers in the area of analysis and representation of conceptual knowledge. In particular, we first introduce the notion of situation streams and show their importance for the user at the application level. Second, we show how to extend the pattern language to support so-called group patterns. Eventually, we discuss the relationship between the languages for event patterns, time-series, and those proposed for graph databases.